From Fine Art to the Peaceful Rivers

This itinerary will start from Spoleto train station, the town  that hosts the famous festival “la Città del Festival dei 2 mondi” and that offers beautiful attractions such as la Rocca Albornoziana, il Duomo, the Roman  theatre , Campello square, Signoria square. By following the directions to Castel Ritaldi we will arrive in the centre of Bruna. We will then ride East and follow the long river path to Teverone which joins another cycling route. Carrying on towards Spoleto we will arrive at Clitunno’s  fountains; real gems of nature.
There is also a small lake formed by Clitunno river, which is a source of  inspiration for many painters and poets. From here we pass through  San Giacomo  and we arrive  back at Spoleto.

This itinerary "From Fine Art to the Peaceful Rivers" visits :

an ancient city that lies at the foot of Monteluco which is a site of ancient shrines and marks Perugia’s province boundary. Moving south we head into the area of Terni. ‘Spoletium’ in Latin, now called Spoleto, became a Roman colony in 241 BC and even today you can admire architectural works such as ‘La Rocca Albornoziana’ a fortress that is one of the monuments of the city, the Roman Tower Bridge 230m long and 82m high (giving all cyclists a breathtaking views) and many other splendid monuments.Throughout history, Spoleto was an important destination for the rich and well-known and many of them were influenced by the beautiful buildings of this city. People like Michelangelo Buonarroti an Italian painter, sculptor, architect and poet drew great inspiration from the town. Also the English painter William Turner visited regularly along with the American Edward Peticolas. Dane Johan Ludvig Lund made many valuable notebook sketches of landscape and views of the town.Writers like Johann Wolfgang Goethe were particularly inspired by the ‘Ponte delle Torri’ in one of the most beautiful episode of his journey around Italy. By the way, something not to miss, when cycling through Spoleto, are its famous and delicious truffles which are served in many typical Italian dishes, not least tagliatelle in truffle and cream sauce – Buon Appetito !!!

The village Pissignano is located near the well known ‘Fonti del Clitunno’, which is a place that attracts many tourists. Like so many towns in Umbria, Pissignano is surrounded by oliv trees and is also famous for producing exceptionally good quality olive oil. Something interesting for collectors of antiques is the monthly flea market that attracts people from all over Umbria.

The town of ‘Campello sul Clitunno’ is about 10 km north of Spoleto, which is famous for its architectural works of art such as the fortified village that boasts ‘Campello Alto’.

Not far from the fountains at the Temple of Clitunno ( the church of St. Salvatore) it is also well worth visiting some of the monuments that surround the town. These include St. Giacomo castle in Spoleto, the castle and villa  Pissignano and the castle of Lenano.

Photogallery of  “From Fine Art to the Peaceful Rivers” 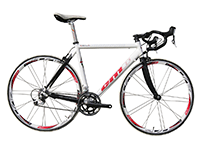